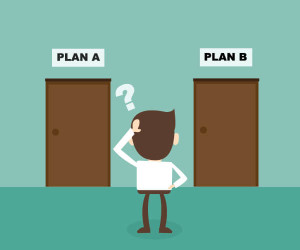 When Is Managed Services for IT The Right Time?

By Marius du PreezOctober 23, 2017No Comments

Increasingly today many organisations are examining the business impact of transitioning from capital expenses for their technology support to an ongoing, operational expense monthly agreement. There are a few variables that factor into this decision, and as a technology provider that offers both, we are very familiar with this decision making process.

As with most things in IT, it depends. I personally have worked with a variety of organisations on an ad-hoc consulting services basis, an ongoing managed services basis, and in between as they transitioned from break-fix or project-based consulting services to regular, ongoing managed services. The factors that usually weigh in are the budgetary planning necessities, a need for more technological skill than a one-salaried individual can possess, or the overall need for a better system for supporting and implementing business technology.

In hopes of helping you decide what’s best for your organisation, I would like to share a story about a current client of ours who made the budgetary decision to switch to our ongoing managed services solution.

We had been working with Steve for about a year from a consulting perspective. There was an agreement between us that a QCS Group engineer would be onsite at their office for at least two hours weekly. During those weekly hours, the QCS Group engineer would take care of any issues that might have popped up from the last visit as well as do any proactive patching/updates. If an issue was more severe and needed immediate attention, then we would dispatch an engineer to get it resolved as needed. This, of course, would cause additional service hours, beyond the guaranteed two hours a week. An issue here and there might not sound like a big problem, but it started to add up over time.

Company A is a nonprofit and they get their budgets approved at the beginning of the year, including IT. Once a budget has been approved, barring a catastrophic failure, it is near impossible to get anything else through if it means spending beyond what was originally estimated. Steve was feeling stressed about some invoices for these extra service hours, so I went and met with him so we could talk over some issues.

During the meeting, we discussed a number of invoices as well as some upcoming projects. Steve needed help figuring out a better way of planning for their yearly IT spend. He wasn’t able to push off the additional break-fix we continually addressed because he has mission-critical systems, but he certainly couldn’t afford and budget for this type of arrangement.

We created a cost-benefit comparison between our hours-based consulting and our ongoing managed services, and it showed that Steve would not only be able to get all of his desired projects completed this year, but he would get additional services and still come in under what they had been spending on IT in the past years.

This is a case where the client was using our services enough through the year that the numbers made sense for him to make the switch. However, if the numbers had not been in Steves’ favour, our recommendation would have be to stay on the hours-based consulting services side and work to minimise any extra service calls.